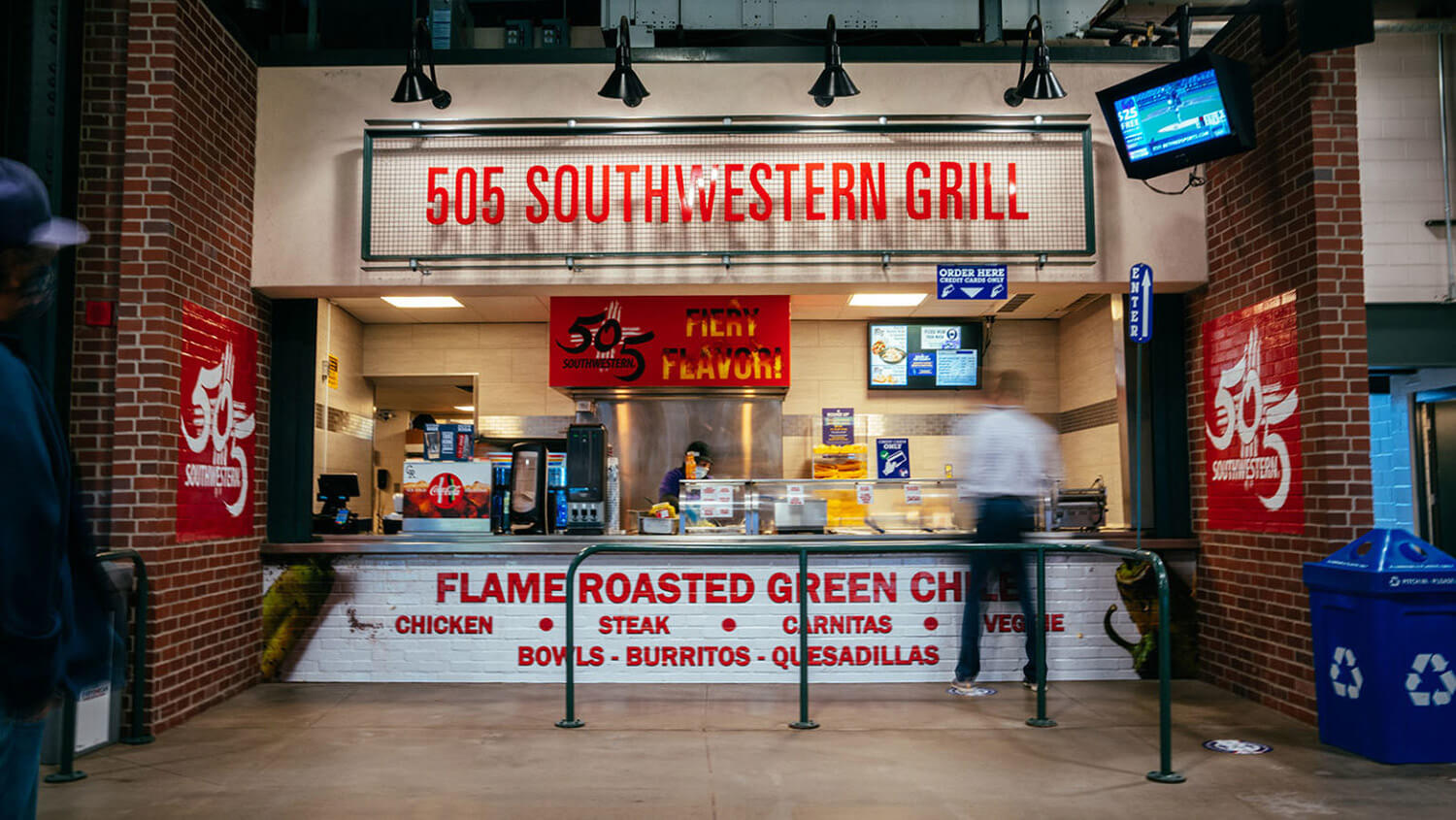 After more than a year of empty stands at sporting venues, the Mile High City hit the economic stimulator jackpot when MLB announced in early April that the Rockies would host the All-Star Game at Coors Field. While estimates of the true impact of All-Star Games on host cities vary wildly—some say the impact is negligible while others say it could be as much as $100 million—in the year after the pandemic, any increase in business is welcome. Owners of bars and restaurants near the stadium are particularly stoked about the potential financial benefits of the event, which has historically drawn crowds of baseball-loving fans to its host city and will encompass festivities across the downtown area from Thursday, July 8, through game day on Tuesday, July 13.

'World-class sporting events in our city this summer bring huge economic implications, from direct business brought by the games and from the exposure they generate through national broadcast and news coverage," says Richard W. Scharf, president and CEO of Visit Denver. "Research tells us that about 20 percent of what our visitors spend is with restaurants and food outlets, and we do know that sporting events like the Concacaf Nations League final and MLB All-Star Game drive large numbers of locals and visitors to downtown restaurants and businesses."

To prepare for the expected influx that could begin around July 8, many dining establishments, like Panzano inside Hotel Monaco, are extending their hours or announcing multiday All-Star Game specials. “Starting that Saturday,” says Mac McNally, Panzano’s general manager, "we're expecting baseball followers to really ramp up and start to go out to experience what Denver has to offer.” McNally explains that Colorado Rockies games during the regular season generally drive decent traffic from locals. When popular opposing teams are in town, Panzano also sees a significant bump in business, a benefit of being near 16th Street and several other hotels. “With this one being All-Star and drawing from all teams,” McNally says, “we’re expecting to see quite a bit of traffic all four days."

While staffing issues have prevented Panzano from opening for breakfast, lunch, and dinner daily like it did in pre-pandemic times, the restaurant plans to open from morning to night, July 10 to 13, by scheduling as many of its current employees as possible. It’s also adding a special pop-up lounge menu featuring sausage pizzas, Calabrian chicken sandwiches, and other elevated Italian street fare priced under $15 to attract fans walking by the restaurant.

Beth Gruitch, co-owner of Rioja, Ultreia, Stoic and Genuine, and other Craft Concepts restaurants, is excited to see her spots operate at full capacity for All-Star Game weekend, especially since social-distancing requirements were still in place for Rockies Opening Day in April. “Even when the capacity limits increased by percentages, we weren’t able to capitalize on any of that because we were still six-foot distancing inside,” she says. “So we’ve been relying heavily on our extended patios, which has been amazing, but you can only have so many seats inside and outside.”

Gruitch and her team are still finalizing their plans for the Midsummer Classic, but hope to serve specials like fresh-shucked oysters and paella on the patios at Union Station's Stoic and Genuine and Ultreia, respectively. The restaurant group is training a few new hires and isn’t allowing any staff members to take time off during that weekend, when it expects to see about a 40 percent increase in sales at Stoic and Genuine and Ultreia and a 20 percent increase at Rioja and Bistro Vendôme. After experiencing months of low volume due to vacant hotel rooms, office buildings, and theater halls, Gruitch is thrilled people are returning downtown. "Finding employees is our number one challenge right now, but it’s awesome to see people out and supporting [restaurants]," she says. "It’s awesome to see people coming downtown and coming back to work. All of this has been really positive for us. And I think having this All-Star Game as something to look forward to has been really cool. It's kind of been the light—like, 'OK, we’re back.'"

Tom’s Watch Bar inside the stadium-adjacent McGregor Square development is expecting its largest crowds yet during the All-Star Game’s four-day weekend. Co-owner Tom Ryan says the two-story sports bar has been busy nightly since it opened on June 14, but expects to pack all 589 indoor and outdoor seats during Rockies games starting June 28 (when Coors Field returns to full capacity for the first time since September 2019) and for the rest of baseball season.

For the Midsummer Classic, Tom’s Watch Bar will host contests and games, like baseball bingo. Because the bar’s three TopGolf Swing Suites and upstairs AC Golden Tank Room (a fresh tank beer taproom) are available to rent to private parties, Ryan anticipates that many groups will use his bar as a landing pad during the game. We can’t tell you how lucky we are to be in the shadow of Coors Field for a late-announced All-Star Game,” he says.

Concession stands inside the ballpark are also preparing for masses of hungry attendees. 505 Southwestern Grill, a stall owned by Denver-based green chile brand 505 Southwestern, debuted at Coors Field on Opening Day. Though 505 Southwestern CEO Rob Holland expects the restaurant to sell a lot of green-chile-smothered burritos, nachos, and burgers, he says the positive effect of the All-Star Game isn’t solely measured by sales. Rather, big events give Colorado brands and businesses like 505 Southwestern the opportunity to market themselves to a national audience. "Everyone talks about the economic impact—how many dollars are going to be spent at a hotel or in a restaurant—but for us, it’s so much bigger than trying to measure how many plates of nachos we sell across a couple of games," Holland says. "For us, the economic impact is much larger than that because it’s the permanency of exposing people from all over the world to our brand."

Holland is certain those who taste his green chile at the game will get hooked and become lifelong customers since 505 Southwestern products are available in grocery stores nationwide. “It’s really valuable exposure,” he says. “How do you put a price tag on that?”

Patricia joined the 5280 staff in July 2019 and is thrilled to be overseeing all of 5280 Magazine’s dining coverage. Follow her food reporting adventures on Instagram @whatispattyeating