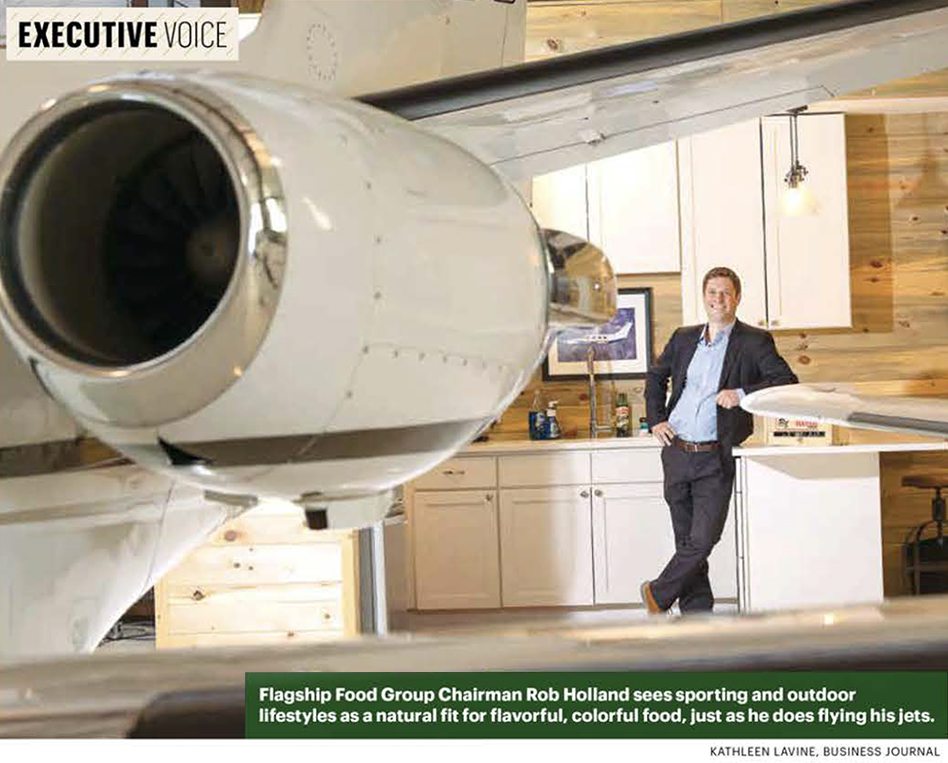 The Tuesday morning in late January was a fairly typical one for Rob Holland. The Flagship Food Group chairman made it to Centennial Airport at 8:45am and was soon piloting his small, five-seat Eclipse business jet south.

"I was in my factory in Albuquerque bby 10am - walking the floor and talking with our employees about initiatives we're working on," Holland said. "And I was back here in Denver for a 3pm conference call."

It's a big part of why Flagship Food Group, a 500-employee, $300 million consumer-food business moved from Los Angeles and made Greenwood Village its corporate headquarters.

"Instead of spending hours and hours going through security at the airport, I can make the flight to Albuquerque in less than an hour myself with fuel cost about the same as a commercial ticket" he said. "I can double or triple the face time I have in Albuquerque because I can fly."

505 Southwestern is the fastest-growing part of Flagship Foods Group, and its best-known brand in Colorado.

Flagship Food is also the parent company for Lily B's frozen burritos - a brand named after Holland's 10-year old daughter - and Steak 'n Shake grocery store products, plus other brands. It also does business in food logistics and supplying stadium concessionaires to the U.S. and England.

505 Southwestern has become the chile and salsa brand for a number of U.S. sports teams and stadiums including the Colorado Rockies and Denver Broncos, and at Wimbley Stadium in London, and this year became a brand partner with Steamboat Ski Resort.

Holland attended a conference in Winter Park that February and went flying with a friend above the metro area and foothills. He became sold on the views and all-around climate.

"I called my wife, Austin, and said, 'What about Denver?'" he recalls. Within days she'd assembled research to show it could be a great place to do business and to raise a family.

Its location - between 505 Southwestern's main production in Albuquerque and the holding company's marketing hub in Boise, Idaho - made more geographic sense than L.A., Holland said. The Denver metro area is also the biggest for 505 Southwestern's products.

Within three months, the company moved.

Holland has also discovered that Centennial Airport ranked second among U.S. general aviation airports for business travel jet and is supported as an important part of the south metro-area economy, which isn't true of small airports everywhere, he said.

"This is a huge asset for this city, and it played a real role in attracting our company," Holland said. "Me being able to get around was key."

Holland grew up around aviation in Jacksonville, Florida. His dad built a plane and flew it.

Today, he owns the fuel-efficient Eclipse jet he uses on business, a Cirrus personal plane and a 10-seat King Air jet. Holland's hangar for his three planes at Centennial Airport also has a test kitchen for Flagship Food Group.

Being a pilot allows him to fly to a second home he owns in Steamboat, which now has that other conection to his business.

Holland sees sporting and outdoor lifestyles as a natural fit for flavorful, colorful food, just as he does flying his jets.