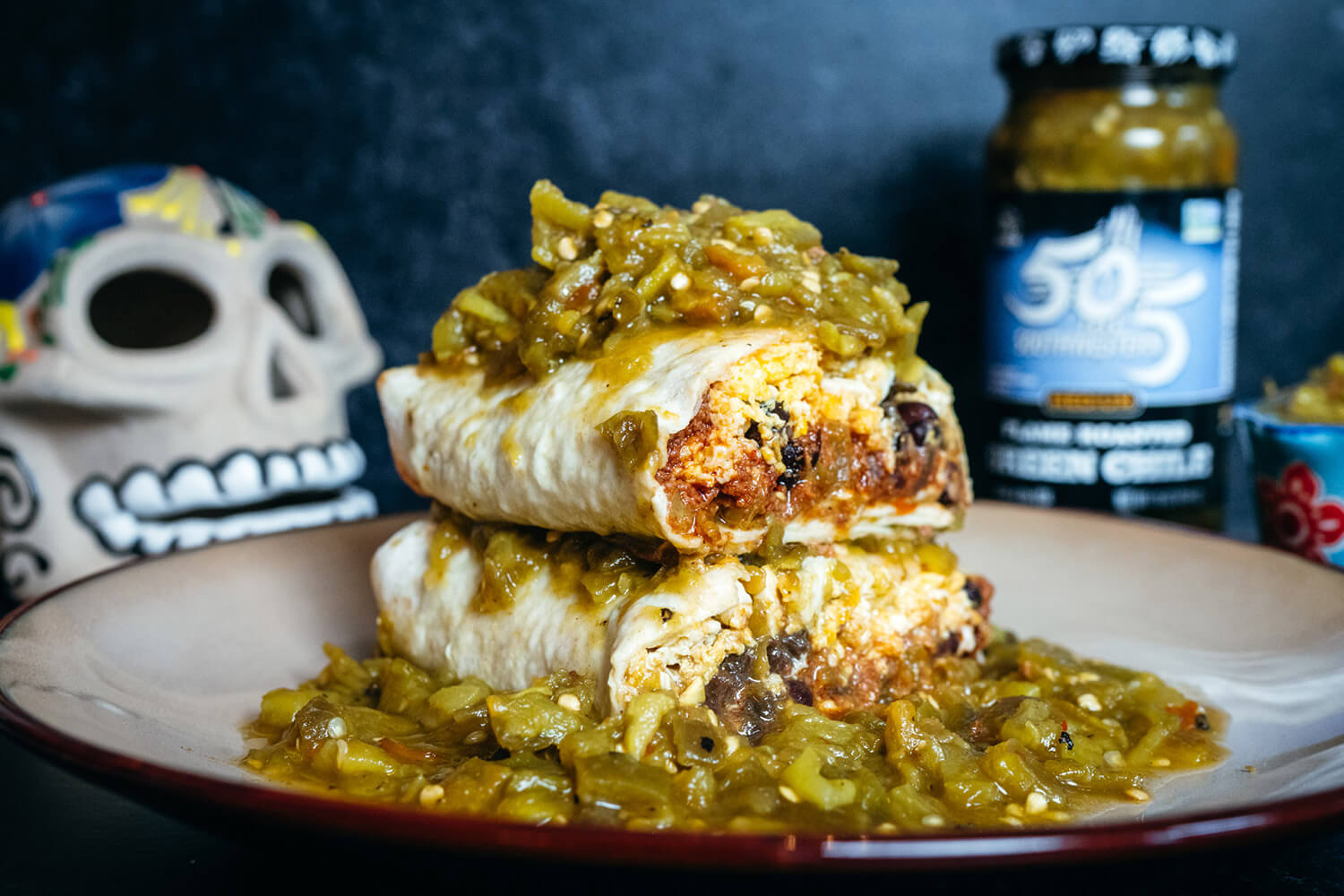 Nothing says it’s the weekend like this easy-to-make smothered breakfast burrito. You don’t have to use as much Hatch chile as we do, but you probably should! Get your fork and knife out and enjoy the ultimate breakfast burrito.